Breaking it down and spreading it out – why Microservice Architecture Matters for Retailers, Telco and Brands

Written by Chee Wong, Conversity Board

The point being, if you’re unable to (or not hell-bent on) delivering high-quality software with blistering speed, efficiency and an uninterrupted service, the time to panic was yesterday.

The fact that businesses have a continual and pressing need to deploy rapid, frequent changes is hardly a radical or revolutionary idea, yet whilst developers continue to place an importance on simplifying and breaking down code, many at the top are failing to edify themselves about the real, tangible business benefits of moving from an age-old monolith to a smarter, more resilient microservices model.

WHAT IS MICROSERVICE ARCHITECTURE?

Microservices Architecture means different things to different people, but in essence, you can think of it as the building blocks to complete a whole application. Microservices is about breaking down a monolith (a single big ball of code) and spreading it out into smaller, less complex chunks.

Through microservices, the intention is to allow for best of breed technologies to look after each different service that software needs to function. As a complete end-to-end solution, Conversity’s RIPPL™ is already a best of breed guided selling platform. By moving toward a microservices model we will be able to further improve the already powerful testing capabilities, and create an even safer, even more resilient platform.

My previous experience as Chief Operating Officer at Shazam and Chief Development Officer at Hailo has allowed me to work with a spectrum of businesses, from global companies right through to incredible startups. What I’ve found is that almost all the successful microservice stories have started with a monolith that got too big and was broken up. This ‘monolith first’ approach is favoured by expert, Martin Fowler, who says you should build a new application as a monolith initially, even if you think it’s likely that it will benefit from a microservices architecture later on.

“Often the best way to find out if a software idea is useful is to build a simplistic version of it and see how well it works out. During this first phase you need to prioritise speed (and thus cycle time for feedback), so the premium of microservices is a drag you should do without.”

RIPPL IS MOVING TO MICROSERVICES

Without a doubt, microservices is an organisational change, not just a technological one. As is true of many many start-ups, the RIPPL platform is now significantly more powerful than when it was first created. We have a better idea of what our customers want and with that comes a responsibility to evolve so that customers have the very best services.

Some businesses make the mistake of attempting to shed their monolith completely when moving toward microservices, often resulting in messy and fragmented code. Instead, Conversity is adopting microservices architecture in a pragmatic way, focussing on using our internal teams who are delivering fantastic code working towards continuous integration and continuous delivery (CI/CD). The idea is to continue to make developments to meet the growing needs of our clients, aligned with our roadmap and with specific steer toward flexibility and configurability.

Microservices means RIPPL will benefit from an even more efficient codebase, which is simpler to both test and maintain. The platform architecture created through microservices allows accelerated development of new features to support faster testing and deployment.

Microservices purists are of the belief that software systems should be broken down into thousands of pieces, but with that comes another host of complexities, including the difficulty in managing the relationships between so many individual code components. The validity is unquestionable, yet there’s a lot to be said for striking a balance when it comes to deploying microservices. For Conversity’s RIPPL, microservices will allow added agility to launch new features and functionality from our roadmap. As we continue to make RIPPL the very best guided selling platform, ensuring new releases are even quicker to implement will be something customers look for.

To conclude, if you’re looking for a software provider – it’s critical you’ve considered the methods your provider will use to ensure the very best in agility and adaptability because these are key to maintaining an advantage in an increasingly competitive marketplace. Conversity understands that businesses require software and business-critical applications that meet their dynamic, fast-paced needs. Microservices is at its core, an illustrative model working towards this ideal – hence why it matters for retailers, telco’s and brands.

Chee is a NED of Conversity and Product-Tech advisor for a portfolio of businesses.

After a successful corporate career, Chee joined Shazam as Chief Operating Officer and over 8 years, grew the user base 40 fold while transforming it from a IVR-SMS UK service to an app-powered product for users in over 20 countries. He then joined Hailo as Chief Development Officer launching the e-haling taxi product in 10 cities across 5 countries in just over 12 months.

Chee also served as interim CTO for CrowdSurge and CTO for Ink Global before embarking on a plural career. 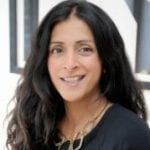